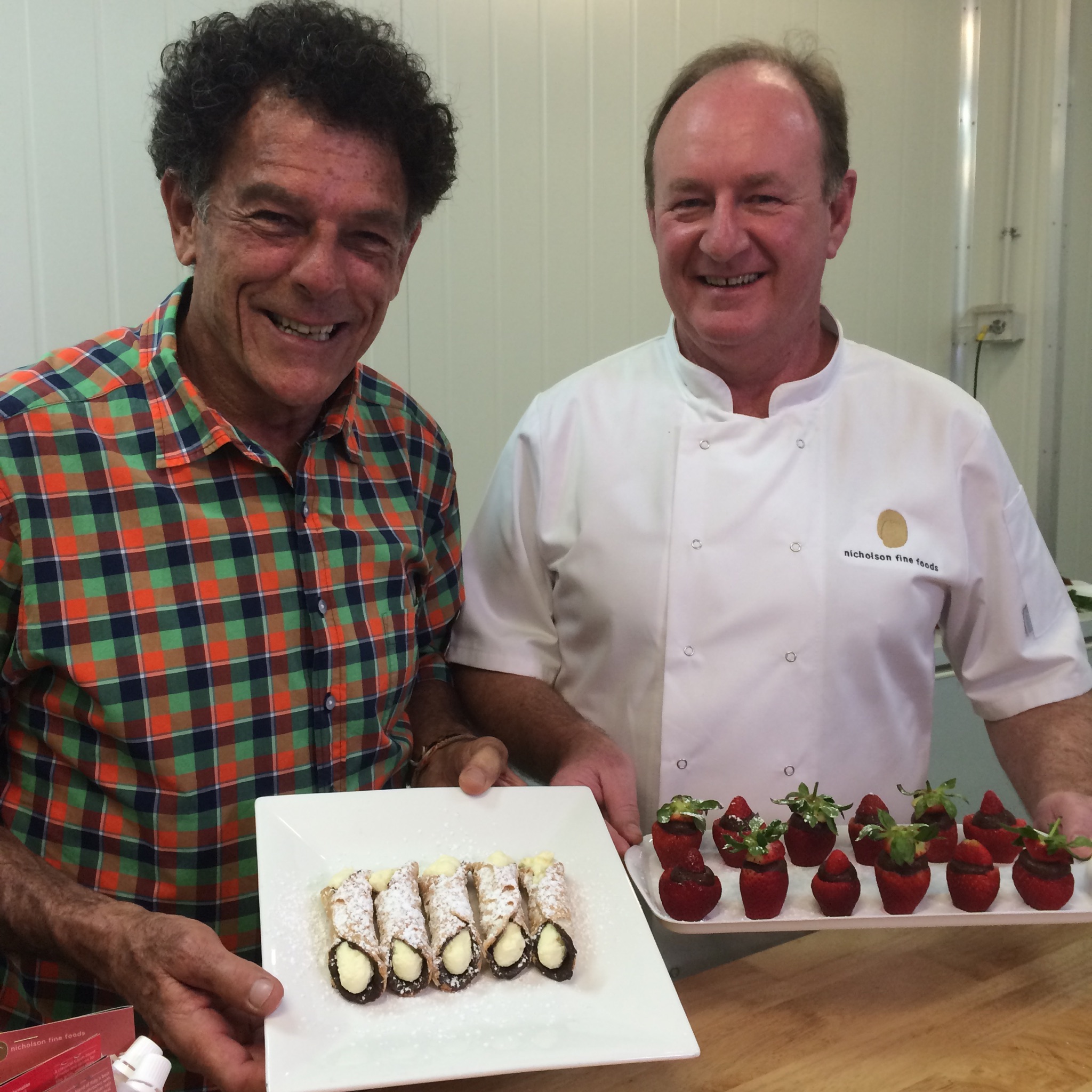 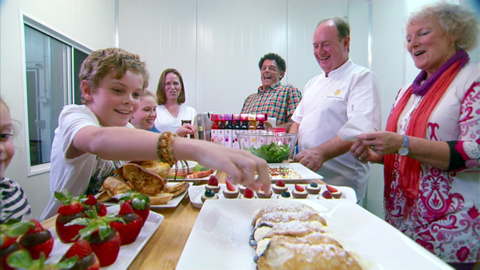 A few weeks ago my phone rang, it was the producer from Sydney weekender, a New South Wales based TV show hosted by Mike Whitney. The producer said they were keen to come and film a "foodie tour" at Nicholson Fine Foods. I didn't hesitate, and answered yes, yes, yes! Over the next couple of weeks the Sydney Weekender office advised me on what they needed to film and when they were to arrive. A few days prior, I did some planning on how best to present the products, food to prepare and the finished food layout. We rounded up a few local kids who were keen to be on TV. The film crew arrived around 3 PM to plates of fresh cut sandwiches and a cool drink, which they enjoyed greatly. Dan an I had set the work room up for the shoot and the crew and director approved with some minor changes. I showed the director my plans and prepared dishes, which met with a big tick, much to my relief. Then it was camera rolling and action! The crew were so professional and easy going. we just rolled with the various cooking tips and presentation pieces. It was all over in a couple of hours. I gave the crew a hamper each as a memento of their visit and then they were off. We all looked at each other and said what just happened! It all seemed like a dream. Some weeks later the office called to advise the show was going to air on the next Sunday (25th September 2016). The excitement rose as the hour approached. I called, sms'd and emailed everyone I could to advise the show was on air. Wow! what a job the crew had done. The editing told a great story, Mikes voice over was perfect and everyone had their little moment of glory. Mike is gregarious personality with an engaging manner and famous for his cricketing career representing Australia and his home state of New South Wales. A huge thank you to all the crew from Sydney Weekender, you made it so easy. Sydney Weekender story and video link