Who is Peter Nicholson?

At very early age I found myself helping my mother and grandmother in the kitchen at home. Our family enjoyed entertaining, so there was always party food being prepared. As children my sister and I were always encouraged to take part in the party preparations and be there, when the guests arrived.

During my secondary school years, I was able to work in hotels and restaurants as a casual, doing everything from a hall porter, bottle shop attendant, bar useful to kitchen assistant. I loved every moment of working in the hospitality industry and knew the first time i entered a large hotel kitchen that this was were I wanted to be.

In 1974 I became an apprentice cook at the recently opened Wrest Point International Hotel Casino in Hobart Tasmania. Wrest Point was the height of glamour back in ’74. Gerry Lewis opened the “Cabaret Room” and played for three weeks. I continued my apprenticeship graduating in 1977 and also winning Cooking Apprentice of the Year for Tasmania.

Following on from my apprenticeship I began 8 years of travel, beginning a “round Australia” trip of 4 years and then “overland trip” to Europe beginning in Bali for another 4 years. During my time in Europe i worked in Switzerland and France. Travel has become a key influence in my food life.

On returning to Australia I worked in Melbourne as a chef at the R.A.C.V. Club in the city, then as a emergency casual chef, in order to find a position where I could really put down some roots. That position presented itself when I became Executive Chef at the Alexandra Club in Collins Street. The Alexandra Club is a private club and the sister club to the Melbourne Club.  It was here that I met Dame Elizabeth Murdoch and many other women of note. We became firm colleagues over the years, I enjoyed helping with her personal catering needs at the club and occasionally at Cruden Farm.  I stayed 15 years and enjoyed every day I was there. While I was in charge, the food at the Club was very highly regarded.  One of my signature dishes was the Hot Chocolate Souffle, it was considered the must have dessert, when dinning at the Club. During those 15 years I also studied part-time at William Angliss College for a Chefs Kitchen Management qualification and then a Diploma in Food Technology. Further studies were also completed at R.M.I.T in Small Business Management.

I have always enjoyed hard work and challenges, so in 2002, I began Nicholson Fine Foods in Yamba N.S.W.     Yamba is located between two of Australia’s fastest growing markets, Sydney and the Brisbane / Gold Coast region. The town is at the mouth of the Clarence River and is famous for its Eastern King Prawn called Yamba Prawns. In my opinion they are one of the worlds great eating prawns.

Innovation is a key driver of the company and its operations. In 2004 I started design work on a new style of vinegar, which I called “Finishing Vinegar”. Now 14 years later a Google search shows the style and my versions of the style have been copied by many companies in Australia, Europe and the United States. The Garnishing Pearls, Belgian Chocolate Mousse and Seasoning Sprinkles are also products with high degrees of innovation and design.  All product design and formulation comes from my experience as a chef, career tertiary qualifications in Food Technology, Hospitality, Business Management and a life time of world travel.

In 2006 I entered our new Sweet Black Cherry Finishing Vinegar into the Sydney Royal Show competition. We won a gold medal and went on to win the Sydney Royal Australian Regional Food Champion Trophy.  A great honour for me personally and also for the staff and the company.  The following year the company was nominated for the N.S.W Agricultural Society Presidents Medal.  We didn’t win, however the nomination and judging process was wonderful to be part of and at the awards ceremony,  I met the Prime Minister of Australia, John Howard.  Since that first win, I have continued to enter our products into show competitions in Australia. During the last 10 years we have won many national awards including 17 Australian Royal Show Champion Trophies ( Sydney Royal, Royal Hobart, Royal Queensland) and also many gold, silver and bronze ribbons.

Nicholson Fine Foods makes strategic investments in it’s social, economic and environmental performance indicators in local, regional and national settings. We are very conscious, that being a good corporate citizen is an important role within our local community. We host school groups, mentoring activities, raffle hamper prizes, and have a policy to source and purchase locally as much as possible.

We run all our operations on 100% renewable electricity.
Download the Good Business Report here 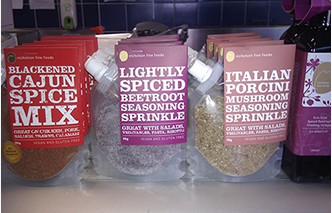 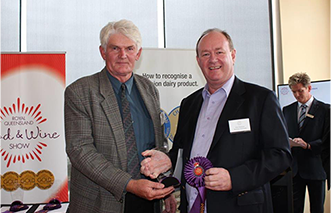 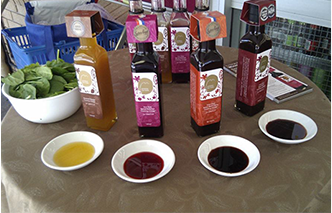